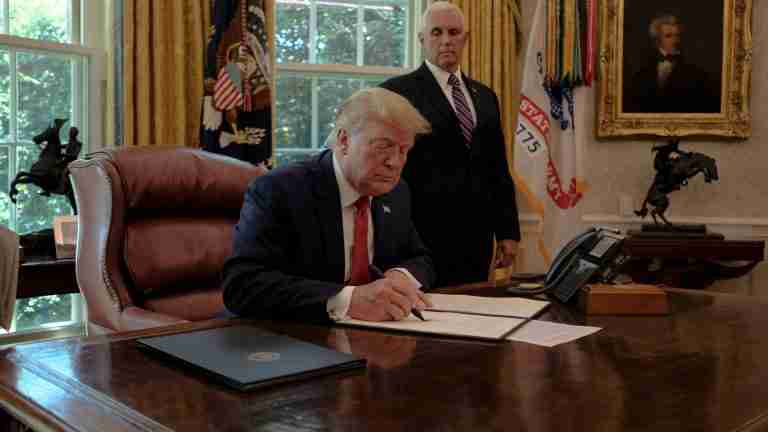 ICBPS Morning Brief– The U.S. Sanctions on Iran may spook European banks as the Trump administration on Thursday slapped fresh sanctions on Iran’s financial sector, targeting 18 banks in an effort to further choke off the Islamic Republic of Iran’s revenues as Washington ramps up pressure on Tehran weeks ahead of the 2020 U.S. election.

The move freezes any United States assets of those blacklisted and generally bars Americans from dealing with Iran’s financial sector, while extending secondary sanctions to those who do business with them. This means foreign banks risk losing access to the U.S. market and financial system, reported Reuters.

“The Treasury Department has strongly emphasized that the prohibitions did not apply to transactions to sell agricultural commodities, food, medicine, or medical devices to Iran, saying it understood the need for humanitarian goods.”

On October 8, the United States sanctioned 18 major Iranian banks, further depriving the Islamic Republic of Iran of funds to carry out its support for terrorist activities and nuclear extortion that threatens the world, said the U.S. Department of State in a statement.

The U.S. Sanctions on Iran will take effect following a 45-day wind-down period, according to the statement. The fresh sanctions may further deter European and other foreign banks from working with Iran’s regime.

“The U.S. sanctions on Iran are directed at the regime and its corrupt officials that have used the wealth of the Iranian people to fuel a radical, revolutionary cause that has brought untold suffering across the Middle East and beyond. The United States continues to stand with the Iranian people, the longest-suffering victims of the regime’s predations.”

However, Iran’s Propagandist Minister Mohammad Javad Zarif has repeatedly accused the White House of targeting Iran’s ability to pay for basic necessities during the COVID19 pandemic.

Iran’s officials have [continuously] emphasized 80 percent of Iran’s problems caused by mismanagement and corruption, not sanctions.