An Interview That Was Never Published by Self-Proclaimed Free Press

In May 2020, I was interviewed by a Jewish journalist, one who has dedicatedly devoted her work to spreading peace, freedom and human rights across the Middle East. I answered the questions rapidly, and sent them back to the journalist in less than a few hours.

Neither conservative nor far-right outlets dared release the interview you are reading now.

Journalist: The Iranian regime has expelled Doctors without Borders and refused to receive humanitarian help from the US, yet Iran is one of the hardest hit countries from the coronavirus. I recently read an article explaining how the pandemic has led to a human rights crisis in Iran. Please describe how the Iranian regime is utilizing the coronavirus pandemic in order to worsen the human rights situation in the Islamic Republic of Iran.

Kaveh Taheri: The crisis-making regime is experienced in the art of worsening the situation when it cannot create a catastrophe. The tyrants let the Chinese Virus into the country, as the IRGC-controlled Mahan Air continued direct flights to Wuhan for weeks after the outbreak was reported. The first positive COVID-19 cases emerged in the northern cities of the nation, after physicians informed officials of a mysterious virus advancing rapidly through victims’ bodies, something they’d never seen anything like before. Yet, the despots in Iran threatened medical staff, telling them not to warn anyone about Coronavirus, they tried to cover-up the pandemic. Thanks to the Mullahs’ incompetence, the Chinese Virus rapidly spread across the country, even in the medieval prisons where thousands of dissidents are being jailed next to those who allegedly committed ordinary and extraordinary crimes. Of course, the inmates face a greater risk of catching Coronavirus than others. The regime, however, granted furlough to thousands of prisoners, including political activists and dissidents, and temporarily released 100,000 inmates (1,000 foreigners allegedly are among them); but there are thousands upon thousands of prisoners who are still incarcerated under dire straits- with not enough and appropriate simple disinfectants and sanitary tool to protect them from the virus. The price of detergents has risen five to tenfold, and inmates can’t afford it, in a country which ranked ninth in world total prisoners statistics. That’s not where the crisis ends. Rouhani’s administration adopted ending Virus-related restrictions and lockdowns, vowing to protect businesses from the economic impact as the official death toll in the region’s worst-hit nation passed 7,119 [May 20, 2020]. The COVID19 Coronavirus Pandemic is on the rise anew in several areas of Iran, as hospitals have been left overloaded, and security agents arrest medical staff who leak information or details about the virus. As I emphasized before, based on grassroots reports received from Iran, I am convinced that the estimates would be about one million positive cases or so, and we do not trust official statistics. The Khomeinist regime is using the Chinese Virus to revive itself by playing the victim card to justify its malicious behavior both inside the country and abroad. The regime has taken the people of Iran hostage to the pandemic crisis, pulling the wool over the world’s eyes, hoping that sanctions will be relaxed and that they will get more cash for regional provocation and proxies. This is the regime that President Trump rightfully withdrew from the so-called deal with. No government treats its citizens the way Mullahs have.

J:  A recent report found that the Iranian government is forcing the families of those killed in the Iran protests to settle for money, yet there is almost no publicity about it in the West. Do you think the pandemic has created Western indifference for what is happening in Iran?

K.T: No, It certainly has little to do with the current crisis, as the Obama-led six powers agreed to a nuclear deal despite the fact we cried out in 2015. We sounded the alarm bells before it was too late. Alas, no one heard it. The regime violated its JCPOA commitments after the agreement was reached in Vienna between IRI and the P5+1, as Israeli PM Benjamin Netanyahu showed when he unveiled an undisclosed Iranian nuclear weapons facility. For decades, the theocrats have done what they want; from the first hostage-taking- which took place in 1979 and fifty-two American diplomats and were held hostage for the next 444 days- to the recent crash of a Ukrainian Airliner hit by FTO-IRGC missiles and all 176 aboard left dead. Once and for all, the regime must be held accountable for the evil it has done to the world.

J: What does the average Iranian think about the recent cyber warfare between Israel and Iran? Do they think that it was reckless for the Iranian regime to try to attack Israel’s water supply, or are they siding with the regime due to the effects of Israel’s retaliation? How has the cyber warfare affected the human rights situation in Iran?

K.T: The most explicit answer I can give you is the recent hashtags #IranIsraelFriendship and #WeStandWithIsrael that Iranians have tweeted. Iranians are fed up with all of the regime’s lies, corruption, ineptitude, and brutality, especially the cruel and radical hatred against the honorable Jewish community under Khamenei’s Kleptocratic system. And, Iranians are sending direct and clear messages to the Jewish people, as altruistic behaviour, to demonstrate what side they are standing on. So, the people of Iran expect the world to stand with them, who deserve a better future. And, for sure, cyber warfare would affect the human rights and livelihoods of ordinary citizens if the targeted-states decided to retaliate for it. Accordingly, the nefarious kleptocrats must stop.

K.T: In this deplorable situation, the regime still keeps thousands of “pro regime-change” dissidents in jails and refuses furlough to them. It also rejected to extend the furloughs previously were given to detained dissidents. Thus, the government’s refusal to temporarily release jailed activists exposed to the virus in crowded Iranian prisons has anguished the relatives seeking to visit loved ones. There’s no appropriate air conditioning equipment, not enough sanitizers, soap,  water, or an alcohol-based hand rub, nor foods to strengthen the immune system, not even a way to impose social distancing to fight Coronavirus. The health care warriors are doing battle on two fronts- as they are trying to survive on the least amount of tools available to defeat the most deadly virus ever.

J: Recently, there was a report that an arsonist attacked Esther and Mordechai’s Tomb in Iran. How is the pandemic being utilized in order to increase attacks upon minorities in the Islamic Republic of Iran?

K.T: Not a new story. The Mullahs have a long-standing enmity towards non-Muslim religious and cultural symbols, they destroyed Reza Shah the Great’s Mausoleum [who emerged from the ashes of the Persian Empire to establish Iran as a Modern Nation-State, and founded the Pahlavi dynasty] once the Islamic Revolutionaries took power. The radical Islamists and regime thugs have done this many times and will do it again. However, the hatred and defamation acts increase during a time of crisis because Iranians are already stuck in a state of limbo, and cannot fight on different fronts.

Kaveh Taheri is an Iranian journalist and sociopolitical researcher based in Turkey. 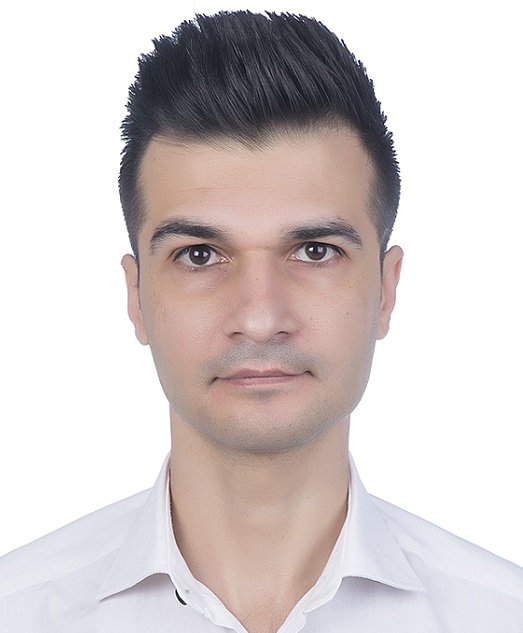 Kaveh Taheri is a Turkey-based Iranian sociopolitical researcher and freelance journalist – Founder of ICBPS and ICBHR.